Worms 3 wriggles onto the iPad

Worms 3 is the latest in the legendary combat series where teams of worms lob heavy artillery, sheep, ninja punches and many other weapons at each other. The new game will feature hi-res graphics, haircuts and some 27 single-player missions including some new level types like Beach, Spooky, Farmyard and Sewer themes, plus the endless fun of deathmatch multiplayer, with the iPad offering a four-team pass the tablet mode with AirPlay support. 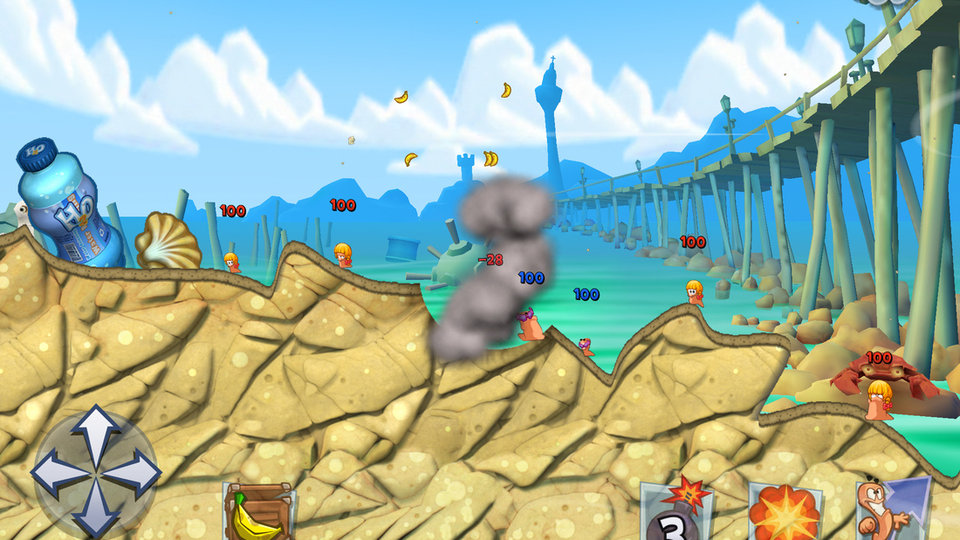 A new single-player mode has been added, called BodyCount, which ramps as the difficulty as you mow down those pink blogs. There's also a Forts mode, presumably with plenty of defence building required. New weapons to the fray include Canned Heat, Nora’s Virus and the rather grandiose Black Hole Grenade and your Worms can be chosen from various classes to offer a slight variation on hardness and loadouts, with Heavy, Scientist, Scout and Soldier offering a level of choice.

There will also be a card mode to randomise things a bit as players take turns. Featuring both touch (that hopefully won't take the fun of that perfect wind-assisted shot) and classic-style controls, this will be one to look out for. The game should be out in the Autumn.

Part of the Roundup Network